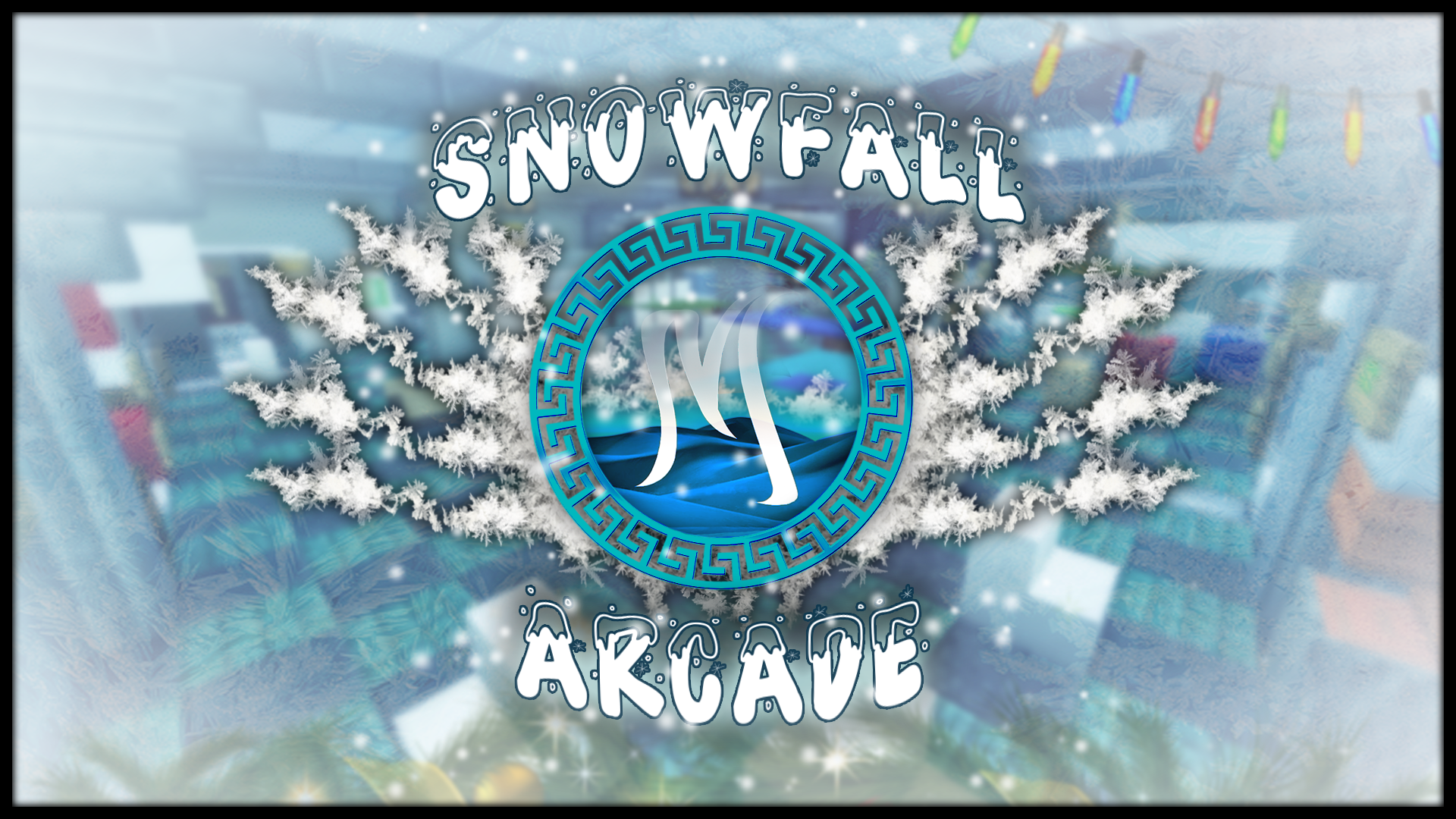 ✧ Minigames & Arcade Minigames
Snowfall Arcade is a small collection of minigames & arcade minigames. Minigames are just what you'd expect - Arcade Minigames are played on the Arcade Machines of the Snowfall Arcade. Originally we were participating in an Advent Calendar with 24 minigames. That failed however. Hence this is a Mirage Map Fragment. The fragments of a failed map, we still hope you'll be able to enjoy what we put together however!
✧ Castle Keeper (Minigame)
Defend your ice castle against the nether! Who will win in Winter vs. Nether? A small Tower Defense minigame!
✧ Snowfall Typo (Arcade)
Find out which words are spelled correctly and which aren't!
✧ Ice Crystal Run (Minigame)
Reach the end of the map on a randomly generated parkour map! But be careful... the map collapses behind you!
✧ Advent Arrows (Arcade)
Hit as many targets as possible!
✧ Unreal Crane & The Boxer (Arcade)
There are also some simple mostly aesthetic arcade things in the Snowfall Arcade.
✧ Hockey & Dance 'till you're dead (Arcade)
Snowfall Arcade features some simple minigames like Hockey or a simple dancing game as well.
✧ Present Clicker (Arcade)
Click signs to get as many presents as possible!
✧ Freezing Falls (Minigame)
Reach the bottom of the map using the magic Ice Crystal, which freezes your fall speed! Our winter version of dropper.
✧ Desert Madness (Arcade)
Navigate through the desert, avoid cacti and other dangers! Don't get tricked by a Mirage and escape the Sandstorm!
✧ The Spellcaster (Arcade)
Drop the right combination of items to cast the right spell!
✧ VR Fighters (PvP/Arcade)
Fight with your friends in this simple minigame.