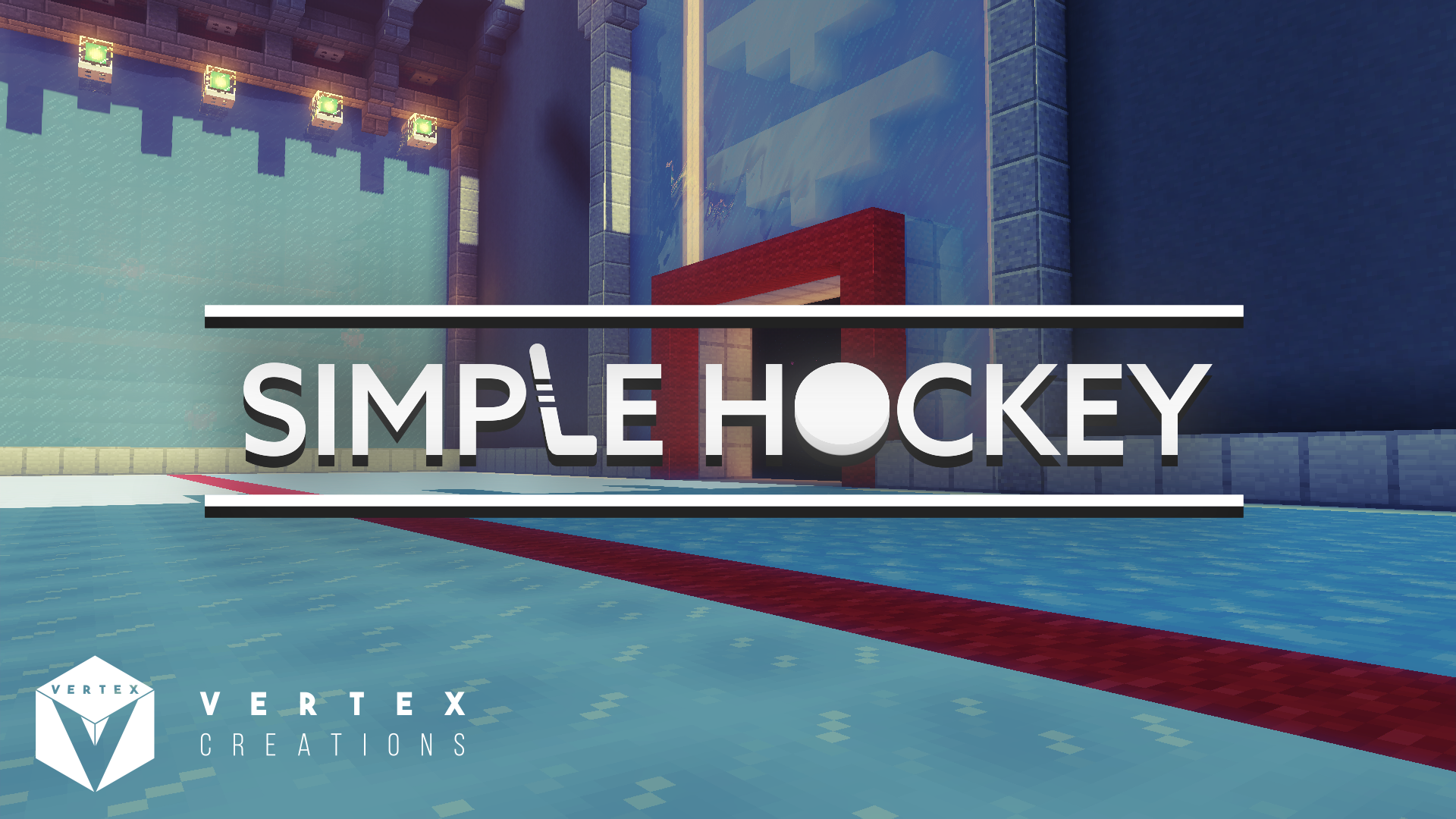 'Simple Hockey' is a minigame map based on the popular real-life sport of Hockey. The game consists of two teams: Red and Blue. A "puck" (basically a ball) spawns in the center of the arena, and the goal is to hit it into the enemy team's goal to score a point.

✧ Customization
The map offers a lot of customizable options to make this simple game full of variety, replayability, and fun. Customize how far the puck goes when hit, or if you can knock enemy players around, or whether you win by scoring a certain number of goals or having the most goals in the time limit, and much more.

✧ Cosmetic Shop
The map also offers a large cosmetics shop where you can purchase particles, hockey stick skins, clothes (chestplates), and even custom music tracks. Buy these cosmetics by earning coins during a match. Coins are earned by scoring goals, winning the match, or collecting coins that spawn on the field.