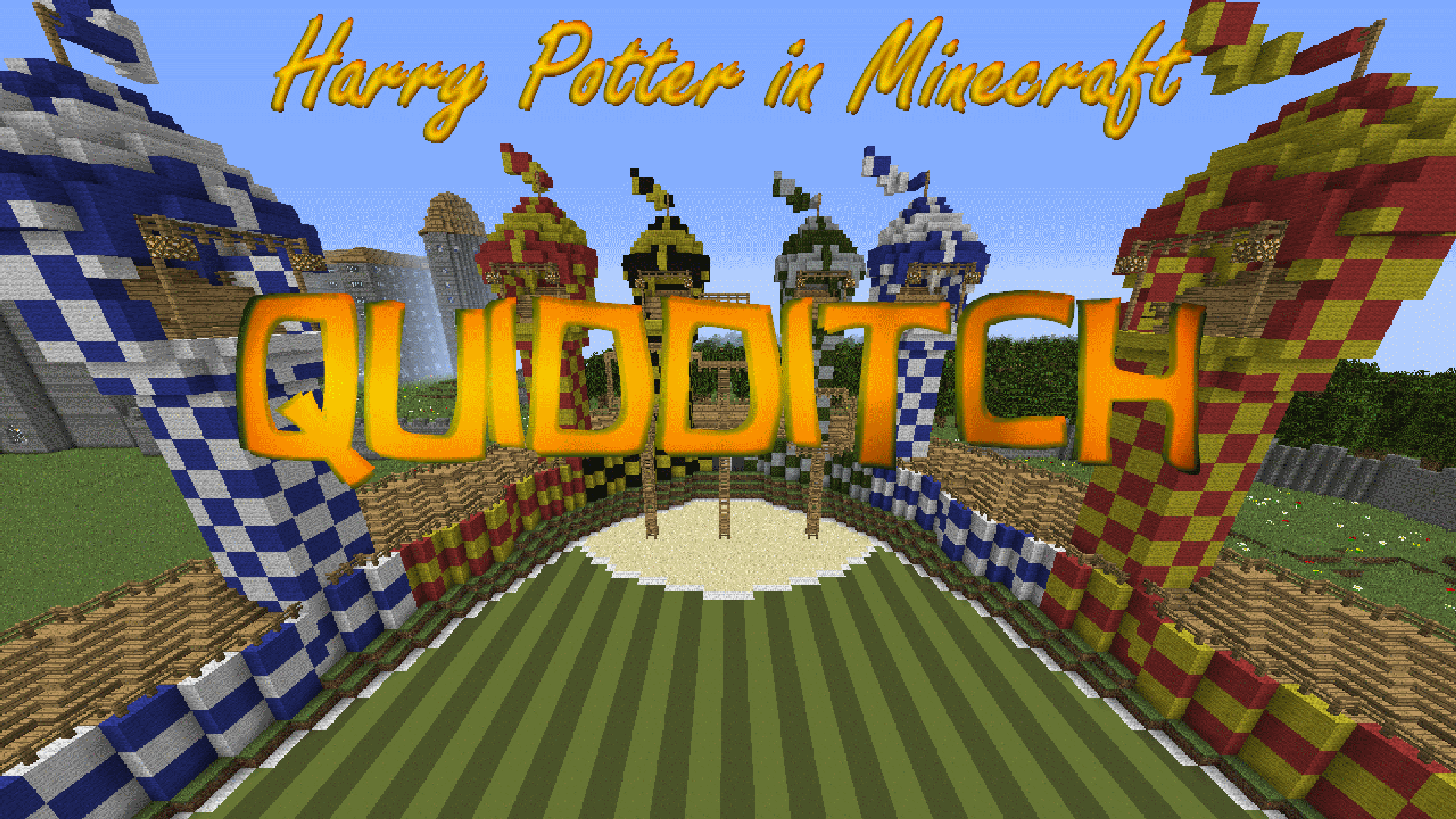 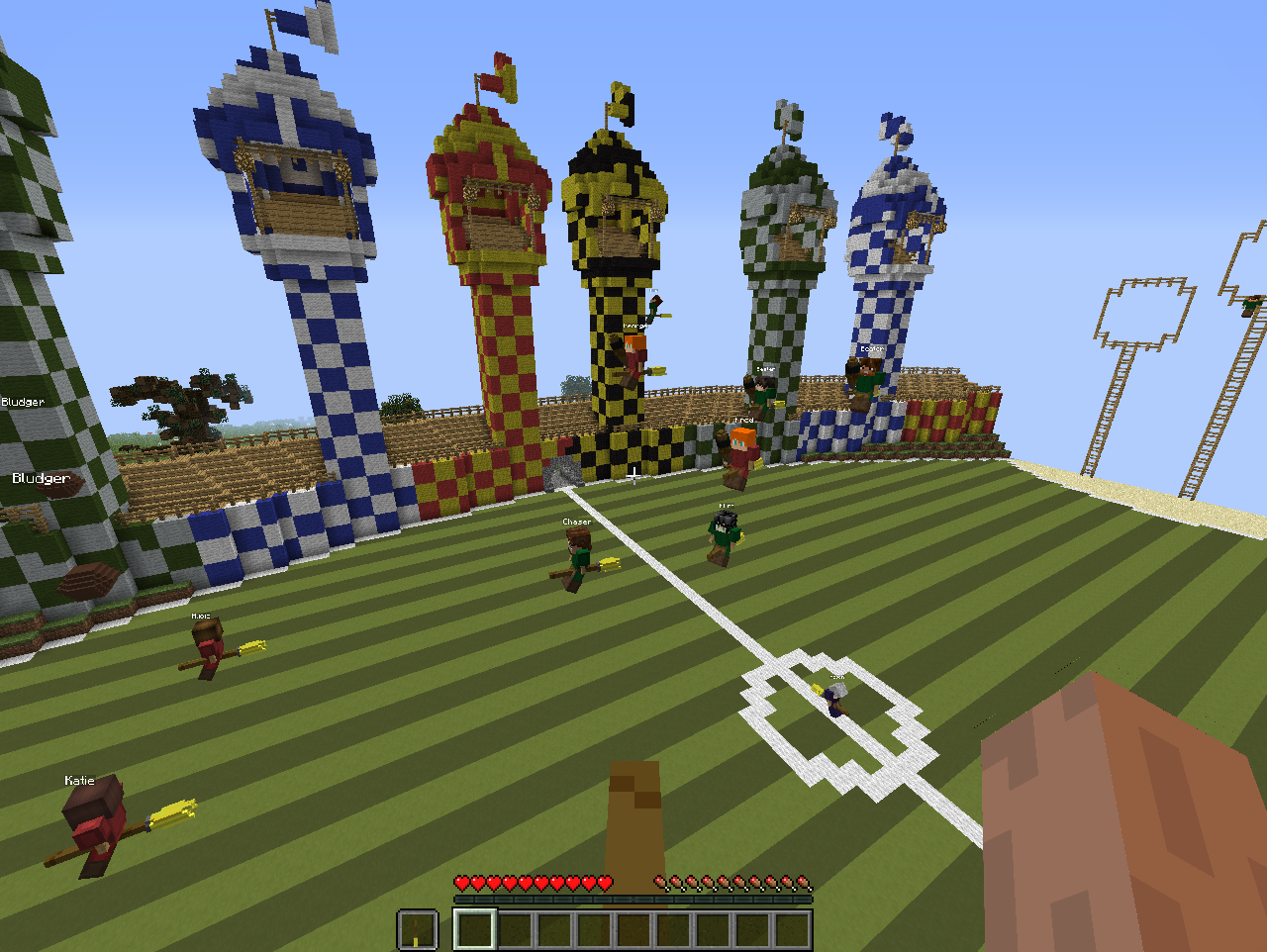 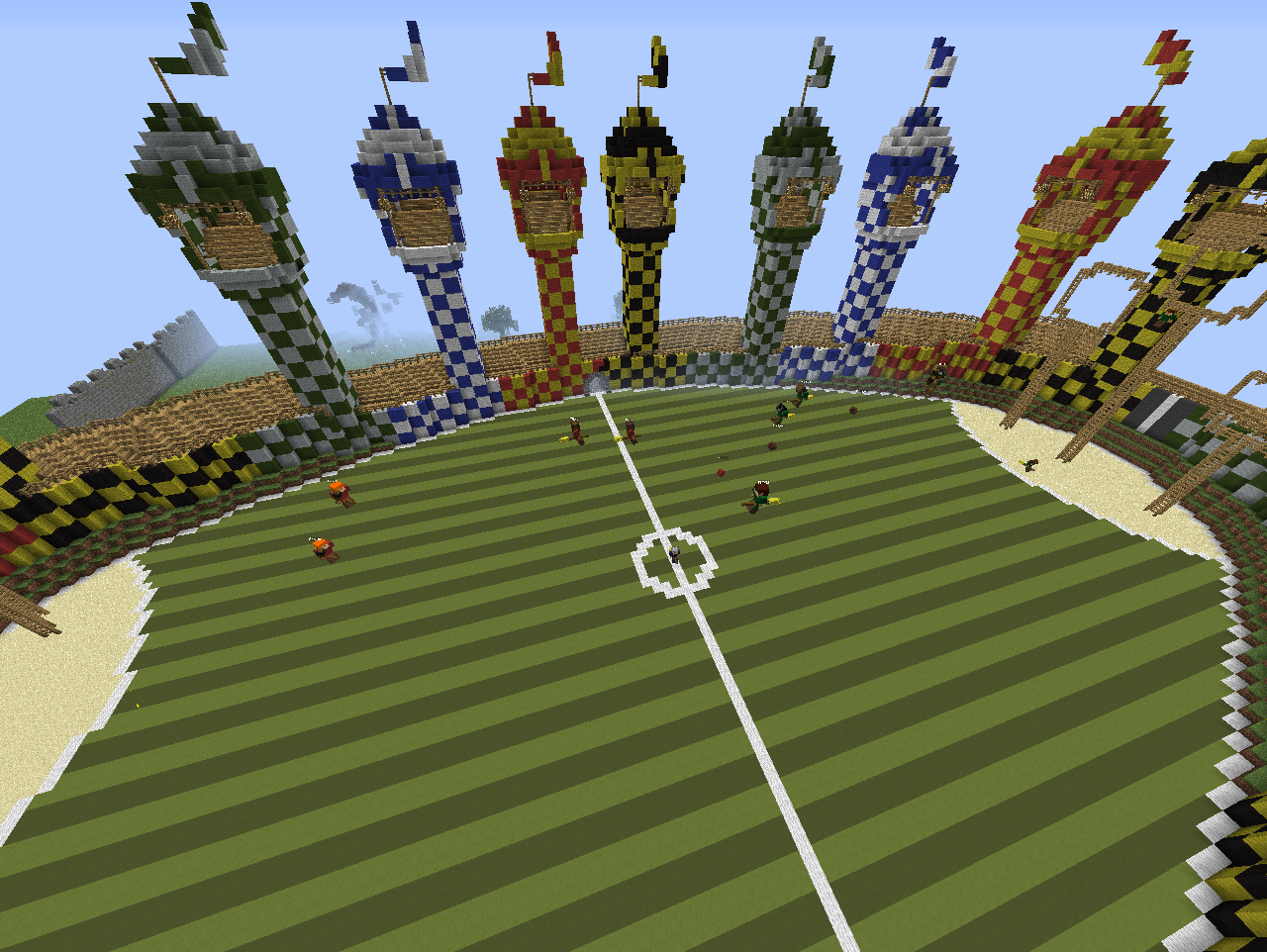 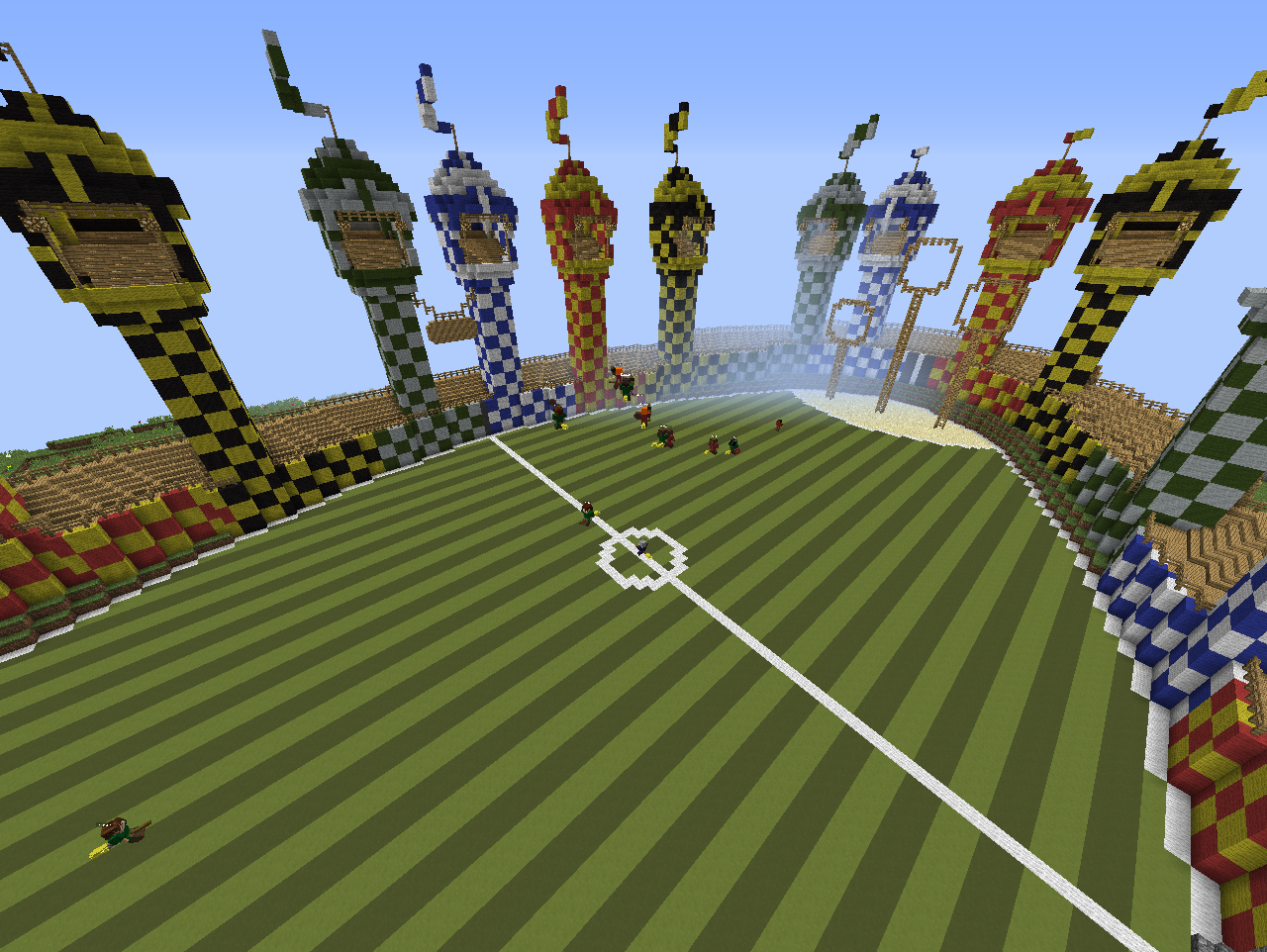 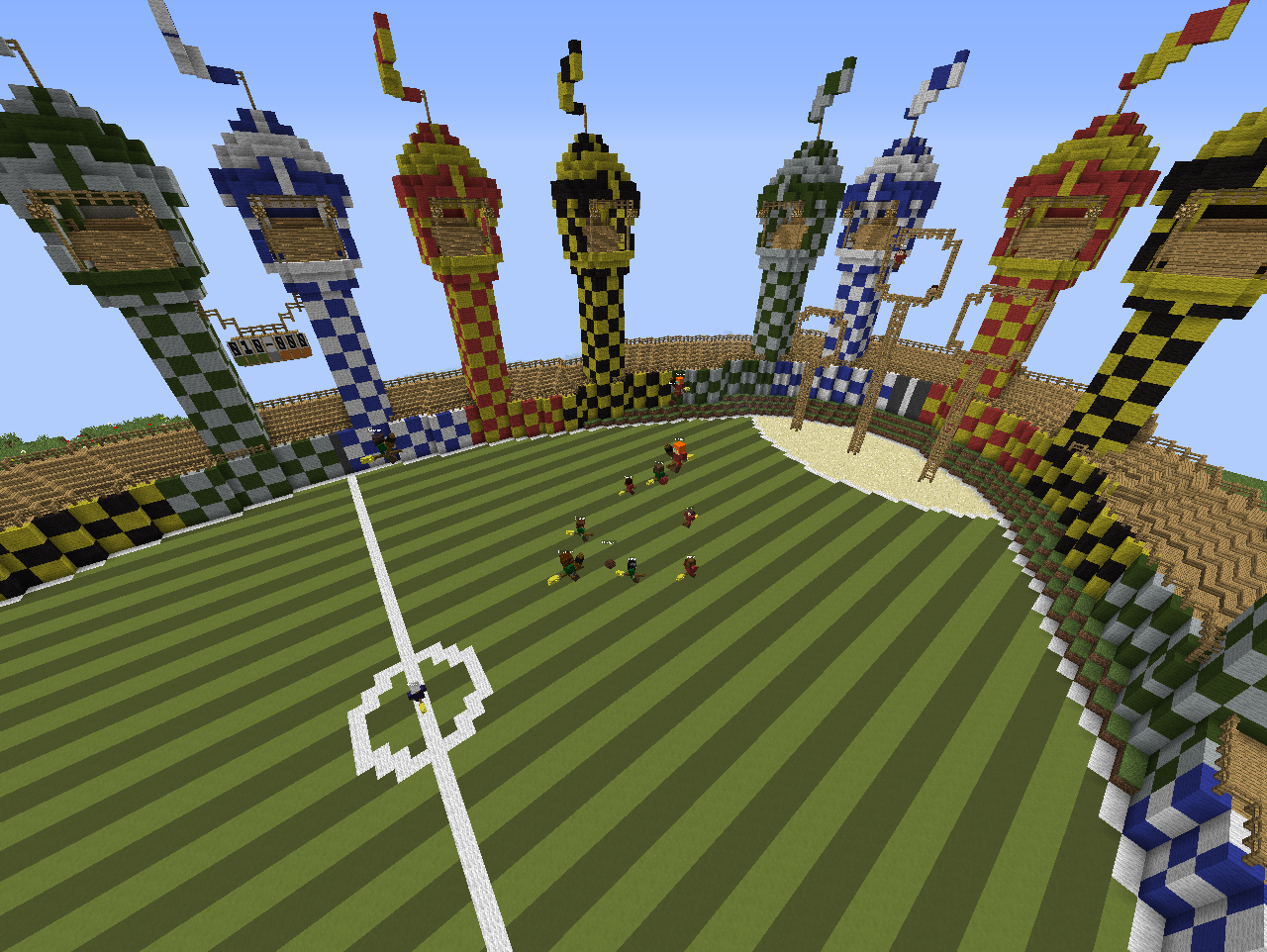 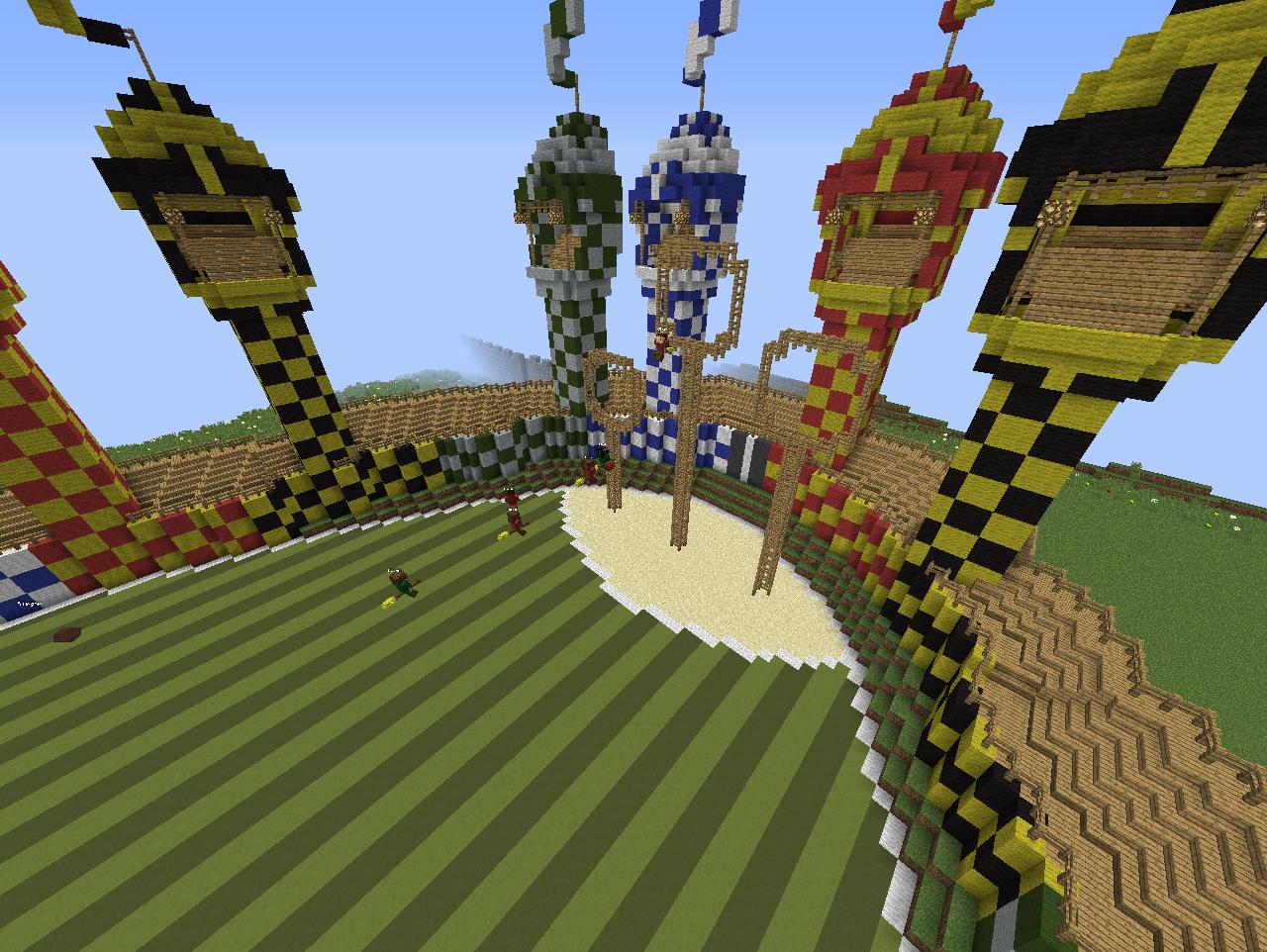 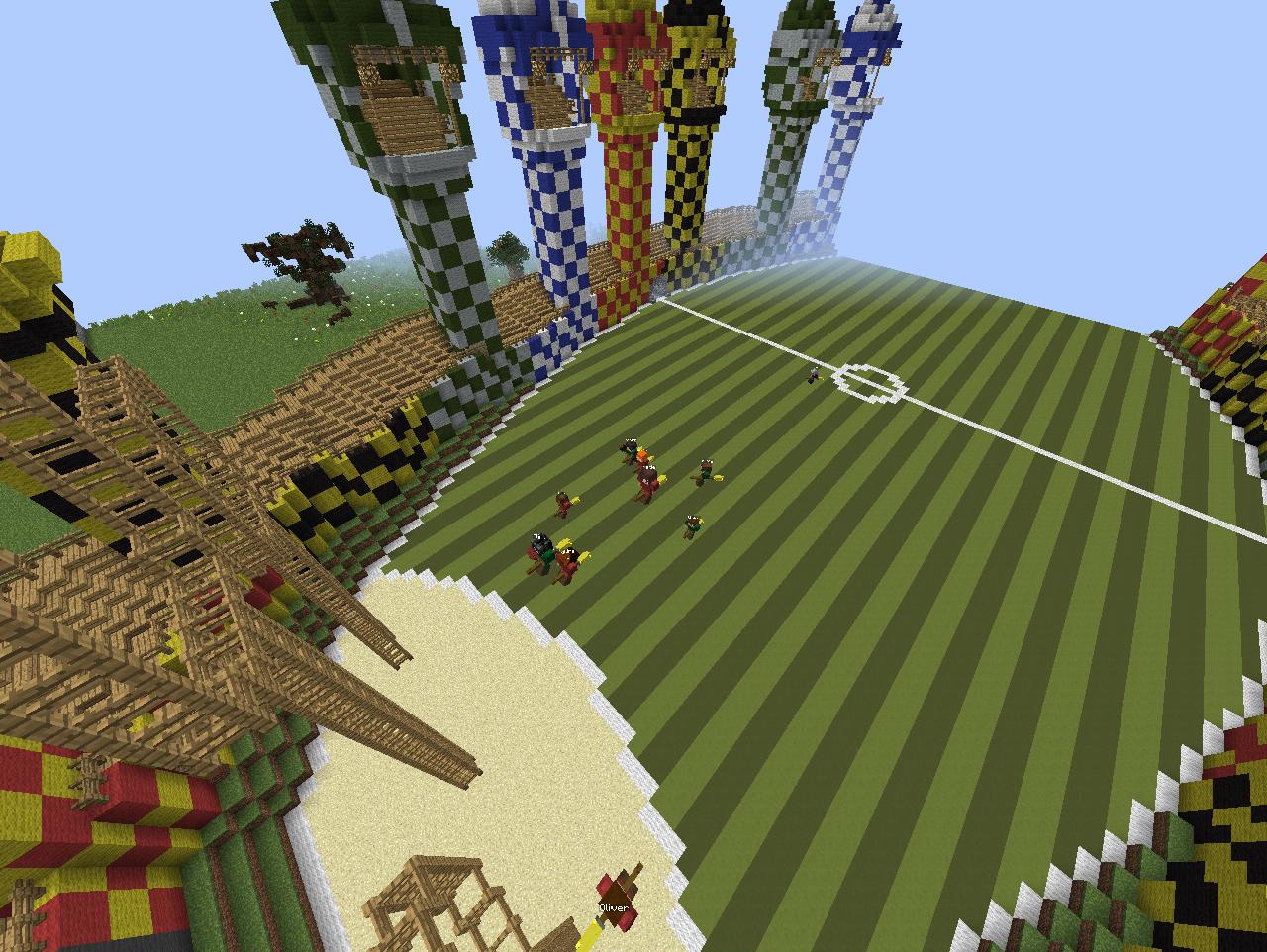 Your goal is to catch the snitch, because you are the seeker (you are Harry). The other 13 players are armorstands with custom AIs. The Quidditch match in this map is Gryffindor vs. Slytherin, in Year 1.

How To Play:
Your goal is to catch the snitch. You can do that by flying around and looking around and following it when you find it. You should also try to not get hit by bludgers because that hurts you. You control the direction you move in with W, A, S & D. By looking up and down you can move your broom up and down. Looking straight keeps it in the air. And looking straight up or down moves you very fast in that direction. Selection the first hotbar slot moves your with normal speed, selecting slot 2 or higher makes you faster (depending on the slot), but that also makes it harder to control the broom. Slot 1 is advised for most of the time.

A HP in MC Team Project